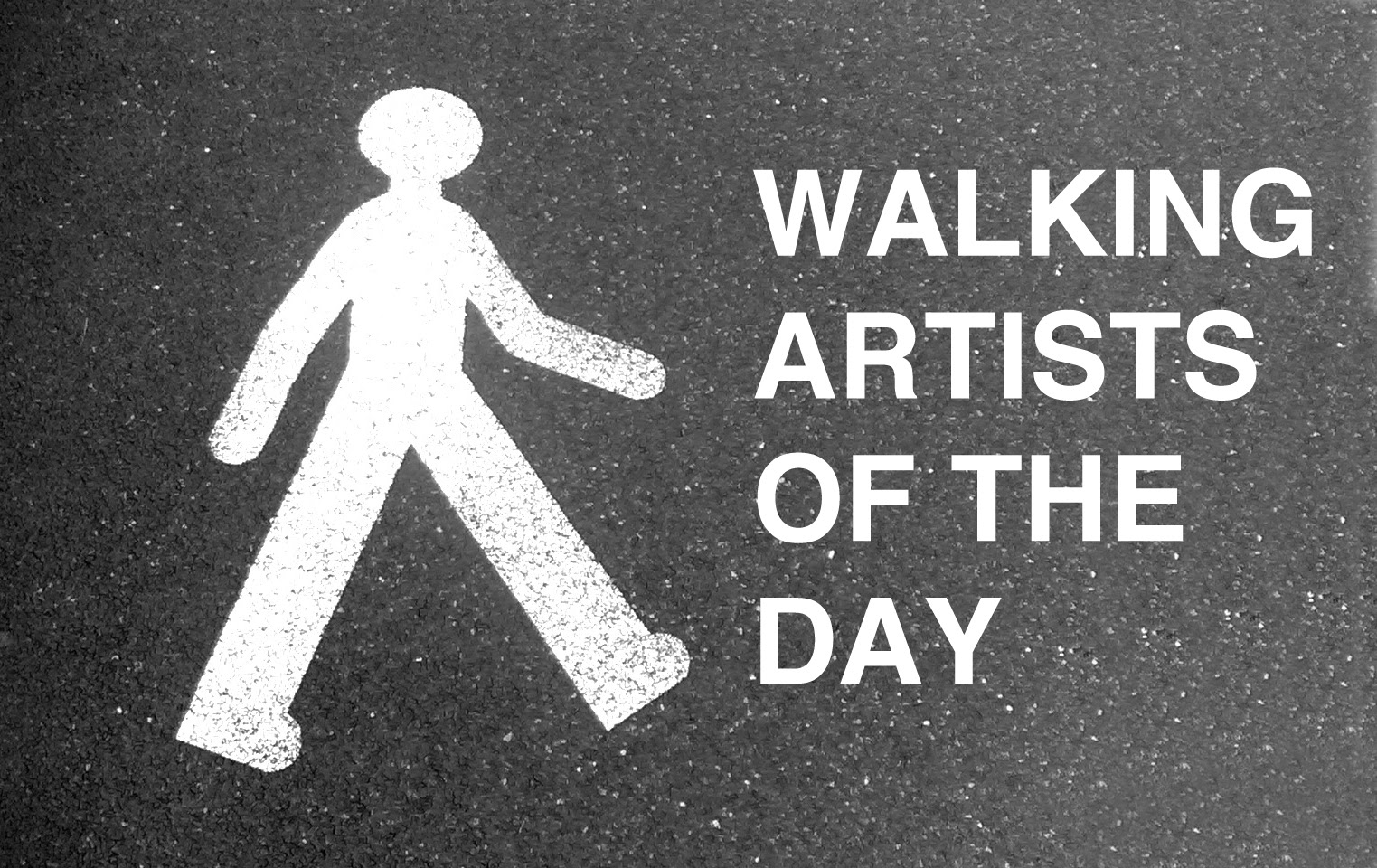 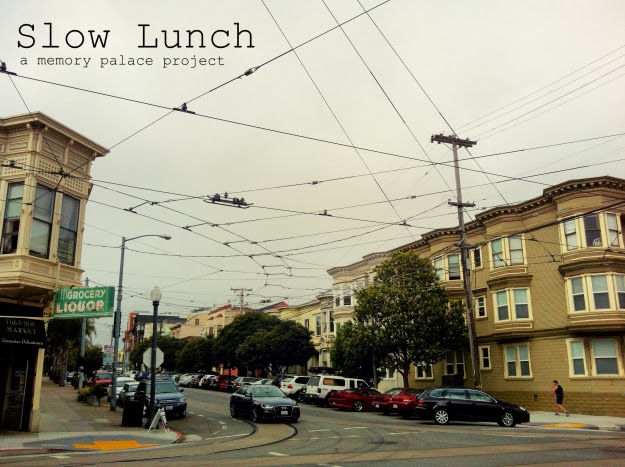 Memory palaces are my primary way of documenting walks. Based on an ancient
Greek technique that uses the strength of human spatial memory to record and retrieve memories, memory palaces are not simply a recording of memory, they are an embodiment. One remembers through visualizing a walk in space,
and depositing symbolic renderings of memories in different imagined locations. The memory palaces I have built are based in real locations (New York, San Francisco, Fresno, and London) and shown to the public through a
walk. Memory palaces are semi-permanent, public installations, open 24 hours a day, 7 days a week to those willing to imagine them.

the subject memorizes the layout of some building, or the arrangement of shops on a street, or any geographical entity which is composed of a number of discrete loci. When desiring to remember a set of items the subject literally ‘walks’ through these loci and commits an item to each one by forming an image between the item and any distinguishing feature of that locus. Retrieval of items is achieved by ‘walking’ through the loci, allowing the latter to activate the desired items


For more information on memory palaces, or to set up an appointment to view one, please contact blake@walkexchange.org. 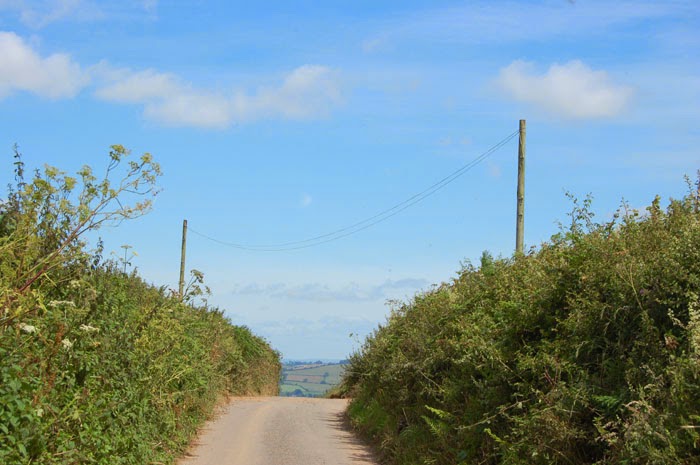 Walking Home formed the basis for my final major project for my MA. It worked over many of the themes that I had developed during my degree and delved deeper into the influence of my father’s death over the past two years of my life.

St. Gallen has been a story I have carried with me my whole life. Home was a question mark. My father’s death had brought me closer to my place of birth and throughout my MA I was getting closer to exploring these aspects of my life.

Nostalgia, home, a sense of belonging, and a desire to dream are all universal facets of human life though, and through this personal exploration I sought to touch on these interests.

Walking Home was a simple prospect; to walk from my current place of residence back to my place of birth in Switzerland. The research and performative installation that included sculpture, writing, performance, photography, found objects and memorabilia was contained within a small wooden hut that I designed and built in homage to St. Gallus, the Irish monk who, in 641AD strayed from his pilgrimage route and set up camp in the vicinity of Switzerland that is now St. Gallen. The famous rococo abbey and library stand in his honour.

In 2011 I began a practice-based PhD using the Walking Home project as a focus. This has recently received funding from University of the Arts Falmouth. The project has developed an ongoing body of work that includes a written blog available athttp://walkinghomebta.wordpress.com , a series of performance works entitled Fondue, 15 postcards sent in duplicate whilst on the journey, and a piece developed for Deptford X 2010 entitled Cake/Talk/Cake


Walking Home: Infinite Edition A work in progress in perpetuity
Dear reader,
I invite you to take this text away and edit it in any way you choose. Edited texts are to be returned to Airspace gallery or via email to the artist when finished. You are invited to underline, cut out, rearrange or otherwise highlight any text you deem worthy of your attention. The edited texts will then be added to the film throughout the period of this exhibition.
Thank you kindly,
Please return edits to:
AirSpace Gallery, 4 Broad Street, Stoke-on-Trent, ST1 4HL
Or:
Bram Thomas Arnold, 42A The Old Surgery,
Church Street, Falmouth, Cornwall. TR11 3EF A PDF is available upon request from:
walkinghomejuraplatz@gmail.com


Throughout the process of this walk I have been in communication with a family I have never met, the family who currently live at the house I was born into in Engelburg on the outskirts of St. Gallen, named for St. Gallus. I have been walking home.

Bram Thomas Arnold is an artist who started with walking and kept going, into performance, drawing, installation, writing and trans-disciplinary amalgamations of these practices.
He has performed widely in the UK and abroad, alongside artists such as Susan Hiller and Bobby Baker at Beaconsfield Gallery in London, and Emma Leach at Tate Britain.

In 2012 his practice took him as far afield as Uzbekistan, Georgia, Lithuania and Belgium where he participated in Sideways 2012 alongside long-term occasional collaborator Eleanor Wynne Davis.
In 2011 he commenced a practice-based PhD at Falmouth University and relocated there from London in 2012. His practice-based PhD focuses upon a walk he made from London to Switzerland in 2009 when he had his first solo show in London at Shed and a Half Gallery in Shoreditch.

He runs a weekly radio show on Source FM from his base in Falmouth where he blends his passion for the arts with an eclectic musical exploration of the world.
Forthcoming in 2013 are an event at End Of The Road Festival, with whom he has been developing interventionary art projects for 5 years and a solo show at Juraplatzgallery in Biel, Switzerland.

This silk scarf accompanied me during my 4 days in the footsteps resistant, escaped from France, Jews and others fleeing Nazism.

The writing is that of John Souque, escaped from France, a witness who accompanied me through the mountains.

The images are photographs, relics Broué Paul, a former escaped 90 years has entrusted to me. It shows the barns where hiding the elusive, young escapees resistant, Paul's mother Broué with his bike - women and cycling are both part of the resistance network Seix.

Writing and images are clear and transparent, as if they were about to disappear. Yet they survive. They accompany me through this path memory.

Every day I sewed a thread through my career. Thread its way through the veil between the memory of the Path to Freedom. A thread like our blood - red wire also bringing life to every corner of our body through the network of veins. The network is also the paths that run through the mountains, footprints of our ancestors. Each loop of my my thread looks like not our march towards freedom.

AirSpace Gallery is a collaborative, artist led project in Stoke-on-Trent, providing professional development opportunities, studio and exhibiting space and support for artists. Through a dynamic and evolving programme of exhibitions, events and activities AirSpace Gallery brings critical, high quality contemporary art to the region and provides opportunities for a broad range of artists.

A brief look through Roget’s Thesaurus offers us a sense that a walk can be many things. It could be a stroll, a saunter, a hike or a ramble. For those with time to spare it might be a promenade or a perambulation or if the mood has taken a turn for the worse, the walk could turn into a traipse or a trudge. The political walker might consider a march or a parade, whilst the pilgrimage or the crusade would be more pertinent for the spiritual.Walking as a cultural activity stretches from the 18th century philosophy of Rousseau, who famously “thought with his legs”, encompassing the Parisian flaneurs and the psychogeography which sprang from the Situationists and which still endures today. The conceptual walking of Richard Long and Hamish Fulton brought the artistry of the act into the Gallery and the consciousness of the art theorists to the point that today; the act of walking and the walking artist are at the forefront of contemporary art.
AirSpace Gallery has noticed the recent surge in popularity of walking as a cultural activity, and the validation afforded it by the Art World. In collaboration with The Walking Artists Network, The Walking Encyclopaedia seeks to present an overview, or a survey, of walking as a contemporary cultural activity.